Some musings about risk

The first time my partner and I arrived in Pukaskwa, a wonderful national park on Lake Superior, planning to spend a week or so camping, we were presented with some disconcerting news. “I just want to inform you,” the person in the registration booth said, “that a woman was attacked by a bear in the park yesterday.”

Not exactly news one wants to hear. I looked at Miriam, she looked at me. We didn’t actually discuss what to do, because we knew each other well enough to assume that we’d have the same reaction, and looking at each other’s expression was enough to confirm that. Off we went to pick a campsite and pitch our tent.

We had encountered enough black bears in the woods over the years that even the news of an attack wasn’t enough to shake our conviction, born of our own and other people’s experience, that bears are usually no trouble as long as you remain alert and, when you encounter one, back off slowly, muttering apologies. Even though we felt sorry for the woman who had been attacked, we suspected, perhaps unjustly, that she must have done something to provoke the bear – and we felt sad when we heard subsequently that the bear had been shot. After all, the park was its home, not ours.

The only time I can recall feeling nervous about a black bear was one time when we encountered a mother with three cubs. We backed off quite expeditiously on that occasion. 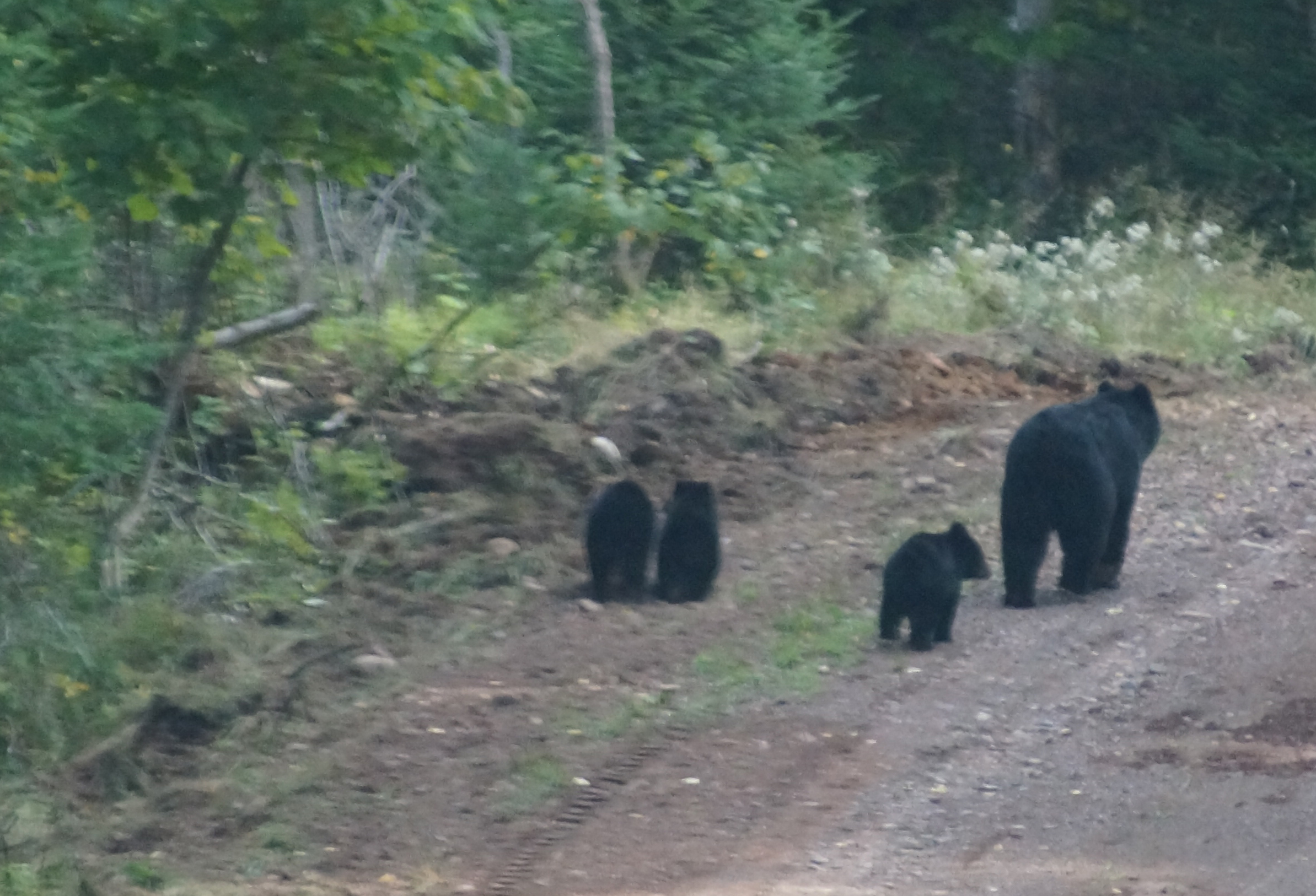 
I contrast this Pukaskwa experience with another one, in Southern Ontario, when we were told that a certain path was particularly bad for ticks, that is, the black-legged deer ticks that carry Lyme disease. We declined to set out on that path, both because of a fear of Lyme disease, and because seeing ticks crawling on your pants and sleeves, trying to find a way to get at your flesh, is really creepy. But we did head out on another path, relatively clear of tall weeds, where the tick risk was less, though certainly not non-existent.

All in all, I’m warier of ticks than bears. Black bears will nearly always leave you alone, as long as you leave them alone. Ticks will not leave you alone.

It’s similar with dogs. I’m comfortable around big dogs (unless the owner looks vicious) but wary around small dogs, because I know from experience that it’s the yappy little ankle-biters which are liable to rush up to you and take a nip without any provocation.

I was thinking about this in the light of our reactions to COVID-19, and the different ways in which the people that I encounter seem to assess risk, and the choices that leads them to make.

It needs to be said though, that being able to make choices about what kind of risk to accept is itself a luxury and a privilege. The most dangerous situations are those that present a risk that can’t be avoided. If your skin is dark, going to the corner store is inherently a riskier activity than it is for someone whose skin is light, and if a cop arrives on the scene, you may be in real danger. If you work in a factory where you are breathing toxic chemicals every day, you may be aware of the risk (though very likely the company is lying about it), but you also know that if you don’t go to work, you won’t be able to pay the rent and feed your kids, so accepting the risk is not much of a choice. If you’re in a First Nations community and dangerous industries open up nearby (e.g. Grassy Narrows, Aamijwnaang), on land that used to belong to your people, you have no choice about what is happening to the air you breathe, the water you drink, and the fish you eat. The risks can be severe, but the choices are crummy.

This is true in the context of the pandemic as well. Even when ‘everyone’ was being urged to “stay home, stay home” there were many people who had no choice except to leave their homes, go to work and run the risks. The spike we are now seeing among migrant farmworkers, crammed together in close quarters so they can put food on our tables, is a grim illustration of this reality. 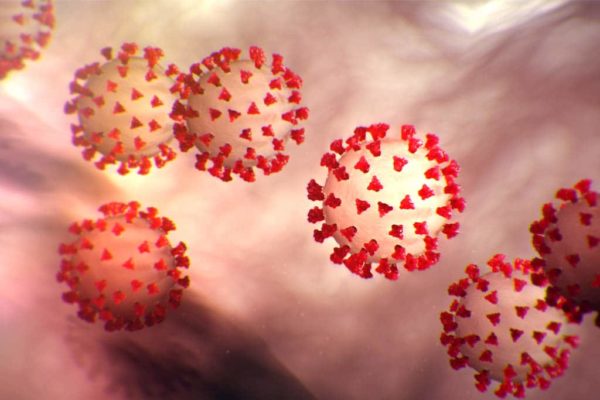 
Even for those who are able to minimize the risks by mostly staying at home and taking all the recommended precautions, the coronavirus challenges us to assess risk, and react to it in ways that seem appropriate to us. I’m out and about quite a bit, and I also have people coming to my place regularly to pick up copies of the children’s book (“M is for Miriam”) that I wrote recently, so I’ve been observing, and musing about, the noticeably different ways in which people react to the invisible threat of the pandemic.

The most obvious thing is whether or not they are wearing a mask. I rarely wear mine (a kerchief rather than an official mask) except when I go into a store, but if someone I’m talking to is wearing one, then I’ll pull mine up, even when we’re standing far apart, mostly because putting people at ease seems like the right thing to do.

Recognizing people I know, and reading their expressions, even when they are wearing a mask, has turned out to be much easier than I would have thought. I know I continue to smile and make other facial expressions when I am wearing my mask, and I perceive that other people do the same. Our eyes and our body language, it turns out, speak for us even when our mouths are covered. And some people, it’s easy to tell, feel anxious whenever they are out of their homes, even when they are masked and the behaviour they’re engaged in carries little or no risk.

But then what does “little or no risk” mean to each of us? After all, nothing we do in life is totally free of risk. Most of us engage in activities in our daily lives that carry some risk without worrying about it, and yet we may feel disproportionately anxious about other things. I know about that: every time I fly in an airplane, I’m convinced that I’m going to die. Other people, so I’ve been told, actually like flying.

I was talking to a friend about camping experiences a while ago and mentioned Algonquin park. “But aren’t there wolves there?” she asked. “I sure hope so,” I replied. “I wouldn’t feel comfortable going where there are wolves,” she said. Yet this person goes scuba diving in waters where sharks have been seen, which would terrify me. Most of us, it seems, make emotionally based judgements about risk that don’t necessarily correspond to actual levels of risk. It’s just human nature.

On the one side of that admittedly indefensible attitude is my own reluctance to die prematurely. I don’t expect to live forever, but I really don’t want my cause of death to be my own stupidity. I do NOT want to be remembered with a Darwin Award.

That said, I think the most dangerous thing I do on a regular basis – or used to do until our office shut down for the pandemic – is walk to and from work. To do this I have to cross several major streets: Bloor – College – Bathurst – Dundas – Queen – Spadina – Richmond — in a city (Toronto) where pedestrians get mowed down by cars at an appalling rate. So I try to stay alert, which so far has served me well in avoiding cars – and, where applicable, bears – as well as humans who look like they might come too close and spread their viruses in my direction.

Being out in the world, whatever its risks, to me seems preferable to sitting at home and suffering the risks of a sedentary life, which in my case would probably involve eating way too many Covered Bridge Sea Salt and Black Pepper potato chips (Best potato chips ever!). As Thoreau said, people sit as many risks as they run.

I’m going to go for a run now before it gets too hot.