Hope is about possibility, not certainty. Even when we know that we are rowing against the tide, as we often are, we know that the future is not preordained. We know the future is shaped by human actions, and so we act. And we hope that our actions will help to steer the future in the direction we want to go in.
Faith, Hope and Persistence

From its beginnings, one of capitalism’s prime imperatives has been an all-out and never-ceasing assault on the Commons in all its manifestations. Common land, common water, public ownership – anything rooted in the ancient human traditions of sharing and cooperation is anathema to an economic system that seeks to turn everything that exists into private property that can be exploited for profit.
The Commons

One of the things that the existence of the Golden Rule tells us is that we humans are imperfect and full of contradictions. Even when we know what we should do, we sometimes fall short, and need to be reminded or held to account. That, no doubt, is why discussions of the Golden Rule so frequently stress compassion, forgiveness, and second chances. It recognizes that there are times when we need to forgive, and times when we need to be forgiven.
Morality in an Amoral World

It is one of the essential attributes of power that it insists on secrecy. Or, more precisely, those who wield power over others routinely claim that the details of what they do, and why they do it, are far too sensitive to be revealed to the public.
Secrecy and power 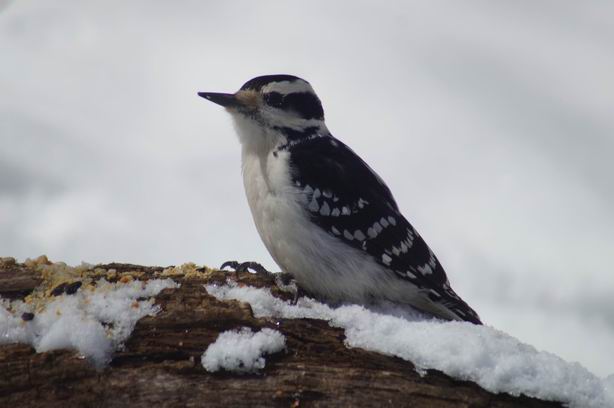 Miriam’s Nature Calendar, January: Woodpecker.
Toronto’s High Park is a refuge for birds that stick around through the winter, such as Great Horned Owls, cardinals and robins. Mixed flocks of chickadees, nuthatches, and woodpeckers move through the park looking for food, which in the winter also includes seeds and nuts provided by humans. Miriam always carried a container of seeds when she went to High Park. Photo by Miriam Garfinkle. 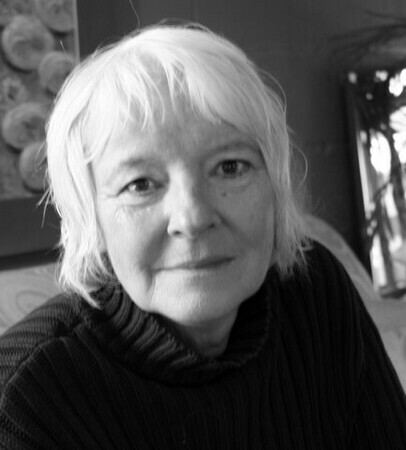 I just heard the sad news that Joyce Nelson died last week. I will miss the stimulating conversations we used to have when we met for coffee, and the many valuable and well-researched articles and books that she wrote.

Most recently, her writings were focused on the climate emergency, and especially the enormous carbon bootprint of the military, such as her April 2021 article For real climate action, let’s look at the military elephant in the room

Joyce wrote seven books, as well as hundreds of articles and radio documentaries. I especially recommend her two most recent books, “Beyond Banksters: Resisting the new feudalism” and “Bypassing Dystopia: Hope-filled challenges to corporate rule.”

Joyce was also a painter, and sometimes those lives overlapped. The book launches for the two books mentioned above were held in the art gallery which sold some of her paintings.

Kim Elliott writes about Joyce on the rabble website.


Barrie Zwicker writes:
Joyce’s political and artistic voice and imprint will be sorely missed by me. Recently I hung on my living room wall one of Joyce’s paintings that I had purchased. I will never forget deciding to purchase it at a Fall display of the Beaches Arts & Crafts Show. I didn’t know its title at that point. Joyce asked me what it brought to mind. I replied that the word Portal came into my mind. “That’s it. That’s the title,” she replied.
Now she’s gone through a major portal.


Books by Joyce Nelson
The Perfect Machine: TV in the nuclear age
Sign Crimes/Road Kill: From Mediascape to Landscape
Sultans of Sleaze: Public Relations and the Media
Beyond Banksters: Resisting the New Feudalism
Bypassing Dystopia: Hope-filled challenges to corporate rule

A few of Joyce’s recent articles
The military’s carbon bootprint
The NED’s Useful Idiots
Saugeen Ojibway Nation Has Saved Lake Huron From a Nuclear Waste Dump
How Canada “Fights Tax Fraud” by Legalizing It
Venezuela: Target of Economic Warfare
For real climate action, let’s look at the military elephant in the room

I blog therefore I am.